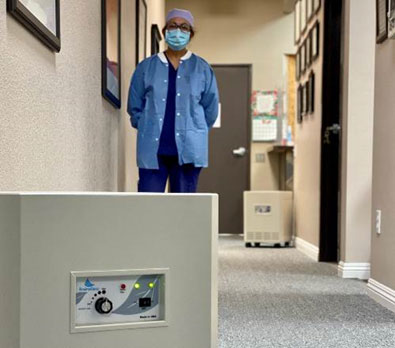 An air filtration system trusted by major global hospitality chains is being introduced to Australasia to help to help overcome clean air challenges in accommodation and shared facilities, including airborne viruses, bacteria, allergens and other health risks to workers, guests and travellers, including those in quarantine.

Now this medical-grade technology is being used to protect health, fulfil air quality preferences among consumers and to deliver OHS advantages for workers a huge variety of industries, says Scott Whittaker, General Manager of the company introducing the technology to Australia and New Zealand, Clean Stream Technologies.

“Such technology will be very important as Australia recovers from the coronavirus pandemic and begins to open up its borders to local and international travellers who will be very aware of the dangers of airborne health risks and very grateful to hospitality providers who demonstrate their concerns with technology such as this.”

EnviroKlenz has been tested and validated by Intertek Labs, a nationally recognised testing laboratory, to achieve a 99.9 neutralisation rate of viruses down to 0.025 microns. While the test is for a broad spectrum of viruses, rather than specific types, the size of virus against which it is effective is multiple times smaller than the Covid-19 coronavirus, for example. EnviroKlenz is also 99.9 per cent effective in neutralisation of gram-negative bacteria (E. coli) and 99.9 per cent effective against gram-positive bacteria (Staphylococcus epidermidis).

“The relevance of such medical-grade technology in hospitality and shared accommodation venues such as hostels and workcamps has been heightened by news this month that the World Health Organisation Centres for Disease Control and Prevention has updated its guidance to emphasise the threat of small airborne virus particles that linger in the air and can travel in poorly ventilated spaces,” says Mr Whittaker.

“An obvious and most immediate need for this highly effective technology is in hotels and shared accommodation used to isolate passengers returning from overseas destinations, an issue that will be front and centre for the coming year,” he says. But the EnviroKlenz technology – proven in service with the four Seasons, Hyatt, Hilton and Wyndham worldwide group – is equally suitable for hospitality venues focussed on growing consumer awareness of air quality generally in shared venues.

“EnviroKlenz research has shown that more than 90 per cent of consumers believe that Indoor Air Quality (IAQ) is important in the prevention of Covid-19, for example. And most of these said proof about a hotel’s IAQ, for example, would influence their decision about where to stay and feel better about entering particular buildings.” 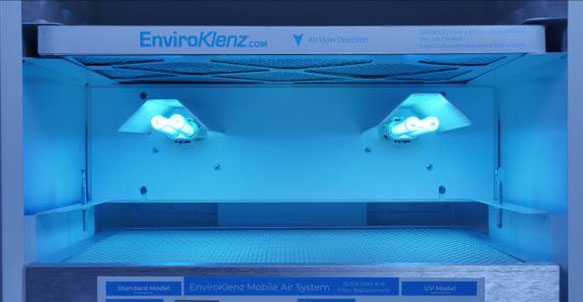 The EnviroKlenz® Air System Plus combines ultraviolet germicidal irradiation through UVC bulbs, above, with safe and effective earth mineral technology

“So, particularly in the present environment, air quality is a powerful driver of consumer preferences and worker safety concerns, especially when technologies such as EnviroKlenz are reliably used in areas such as medical and dental facilities, office and educational centres, and health and age facilities where people with compromised immune systems must be protected.

Each EnviroKlenz Air System Plus unit is effective over individual areas up to 93 sq m (1,000 sq ft). The very quiet units (54-64 dB low-to high) can be used in multiple installations to address clean air challenges such as:

“Sometimes the issue is excluding potential carriers of risk factors such as contagious conditions; sometimes the issue is to exclude the risk factors such as vehicle pollution, bushfire smoke and widespread allergens including pollen. Such allergens can particularly affect people suffering from hay fever (allergic rhinitis), which affects about 18 per cent of people in Australia and New Zealand – which is a large market sector,” says Mr Whittaker. 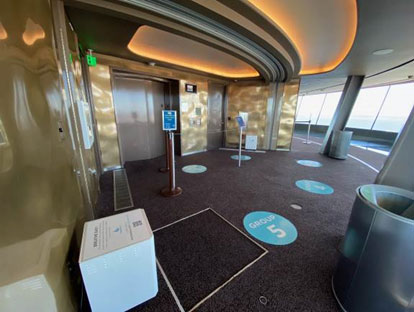 The benefits of clean air for the hospitality industry and related industries include:

“Infectious diseases have been with us from the beginning of time, as people have intermingled ever more extensively,” says Mr Whittaker. Even over this last century, we have had major mass afflictions, such as the Spanish Flu, for example, which killed 30-100 million worldwide, including more than 10,000 in Australia conservatively.

“Covid and the virus challenges it presents have simply brought to the surface issues that have been simmering away for decades. Because we are fortunate enough to be in Australia, and blessed with fresh air outdoors and wide-open spaces, we have been spared many of their impacts to date. But as we increasingly urbanise and internationalise, indoor air quality and safeguarding health is becoming an issue that is here to stay.”